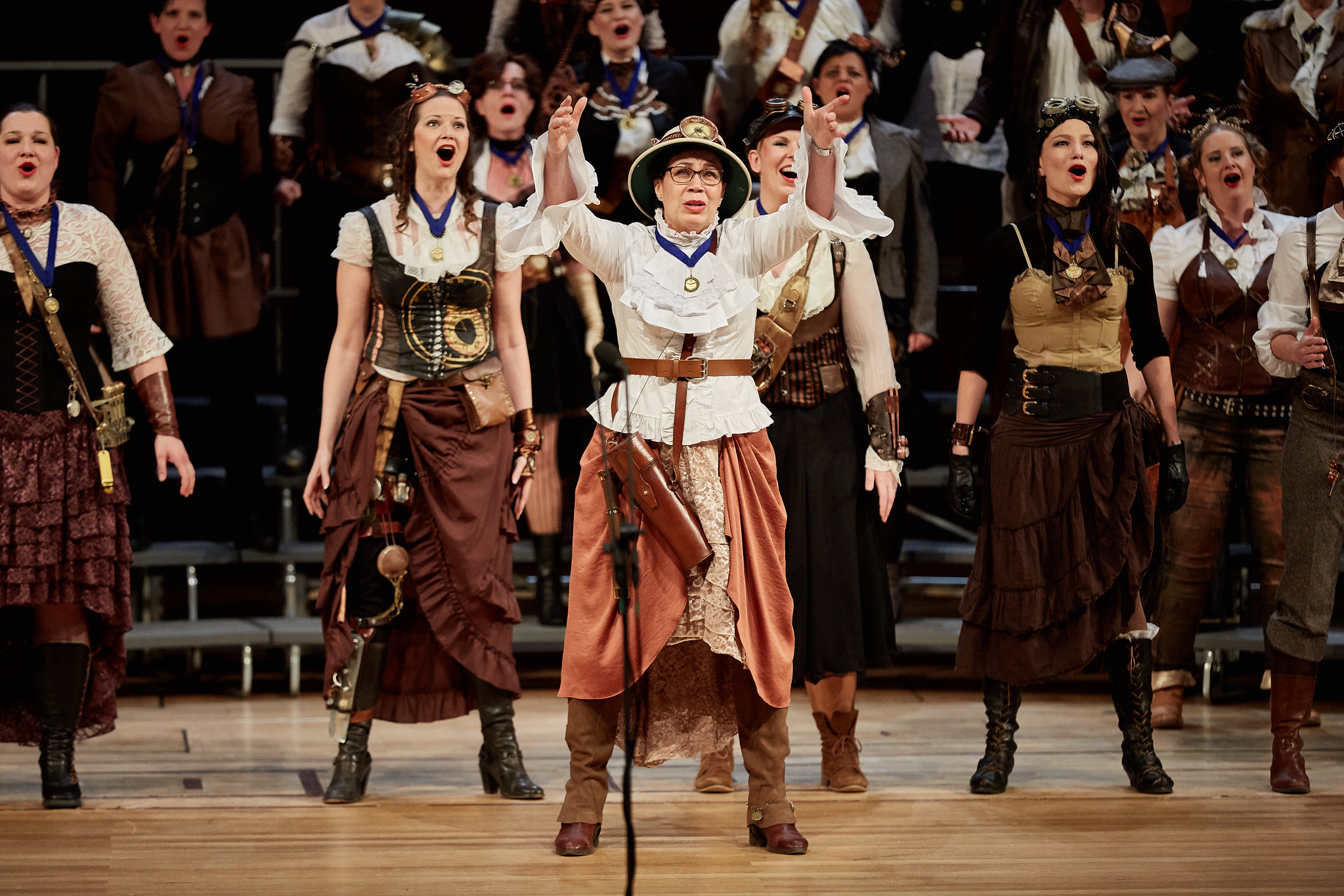 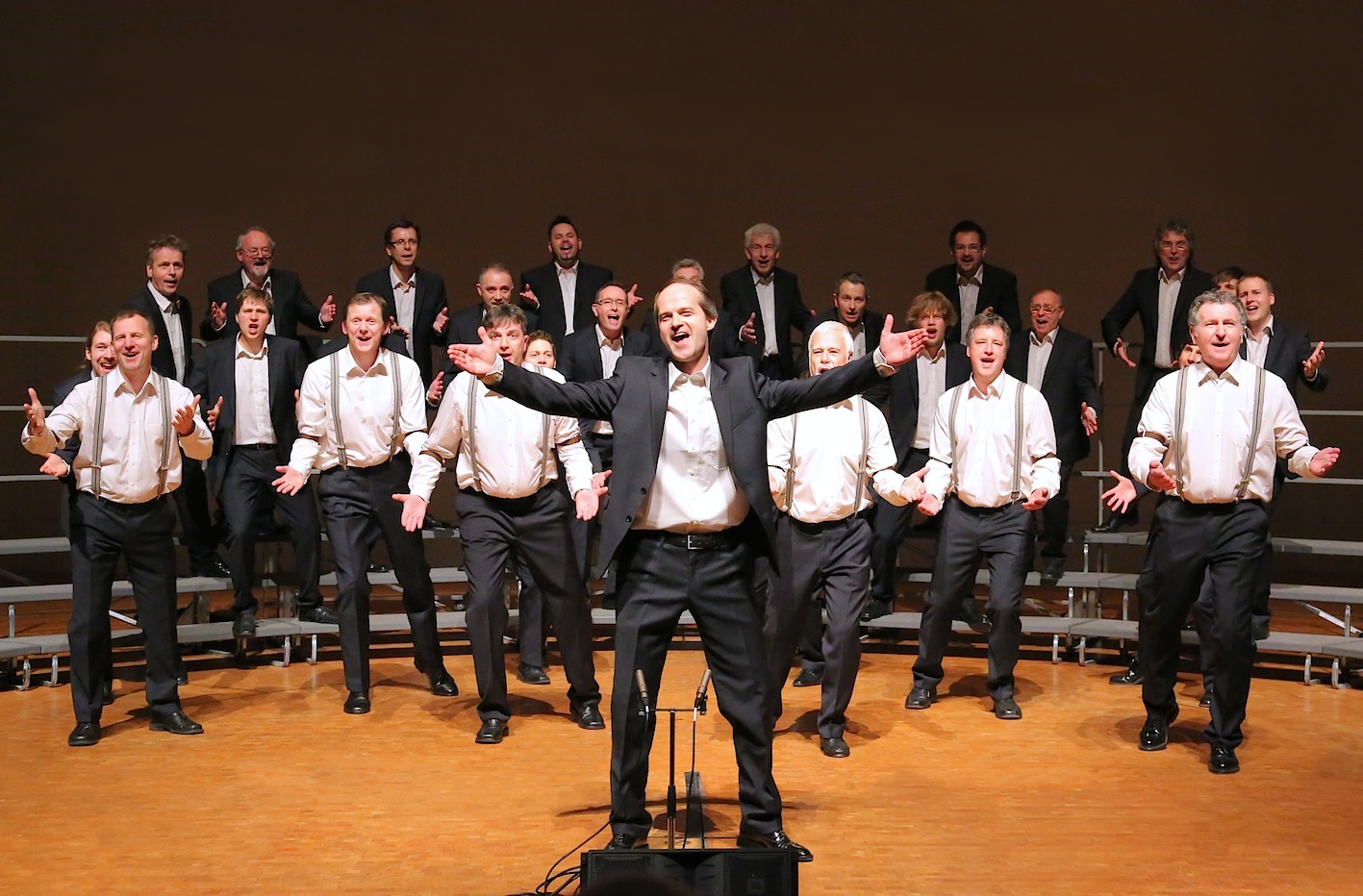 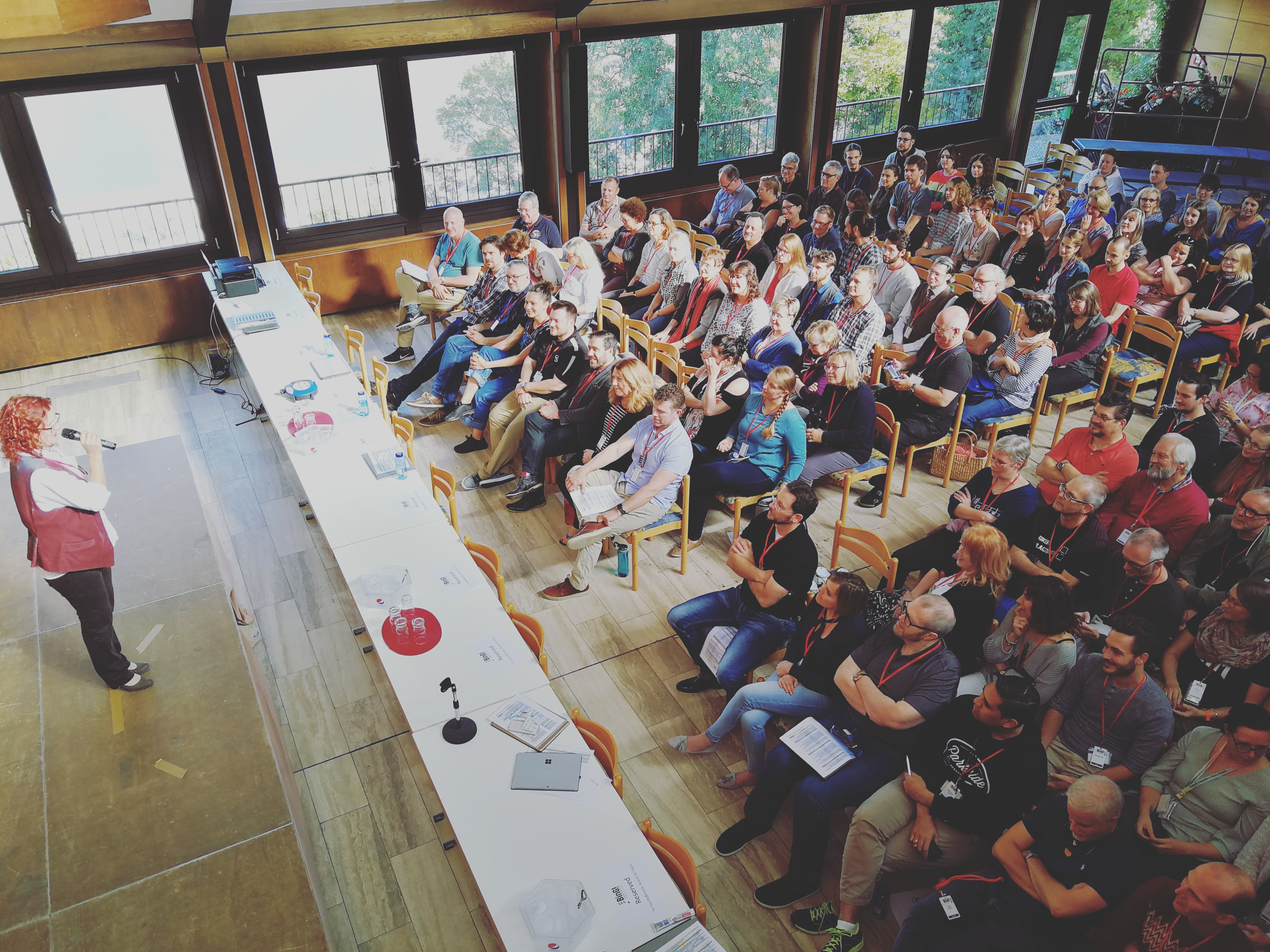 Due to the COVID-19-pandemic we sadly had to cancel the Barbershop Music Festival, the Harmony College and the European Harmony Brigade for this year.

But you don't have to do without choir and quartet rehearsals completely. Here we have collected some information about the dealing with COVID-19 in the choir. Among them are tutorials for the digital execution of choir rehearsals.

To the festival homepage

Barbershop singing is a US-American subspecies of a cappella music, which originated at the beginning of the 20th century and has been cultivated since then. Worldwide there are - especially in the English speaking countries - different barbershop organizations, which had dedicated themselves exclusively to male or female barbershop singing. Gradually, however, there is a change in thinking and an opening for mixed barbershop singing.

The German Barbershop Association BinG! (Barbershop in Germany) has understood itself early as an organization for choirs and quartets in any, also mixed ensembles, and takes a pioneering position worldwide for mixed Babrershop singing. With numerous events and activities, the association contributes to improving the exchange of experiences and knowledge, which among other things has led to a significant increase in quality in our groups - certainly one of the reasons why Barbershop music is becoming more and more popular in the German a cappella scene.

Below you can inform yourself about our association, our members and barbershop singing in general!

About us
What´s Barbershop
Sing now!
Become a member

You would like to sing along or experience a group in your area? Then just have a look one of our member ensembles!

We offer our members a variety of attractive benefits. An overview can be found here:

We offer a variety of further education and training opportunities for our members. Just have a look!

You would like to be informed about our events? Then register here for our newsletter.