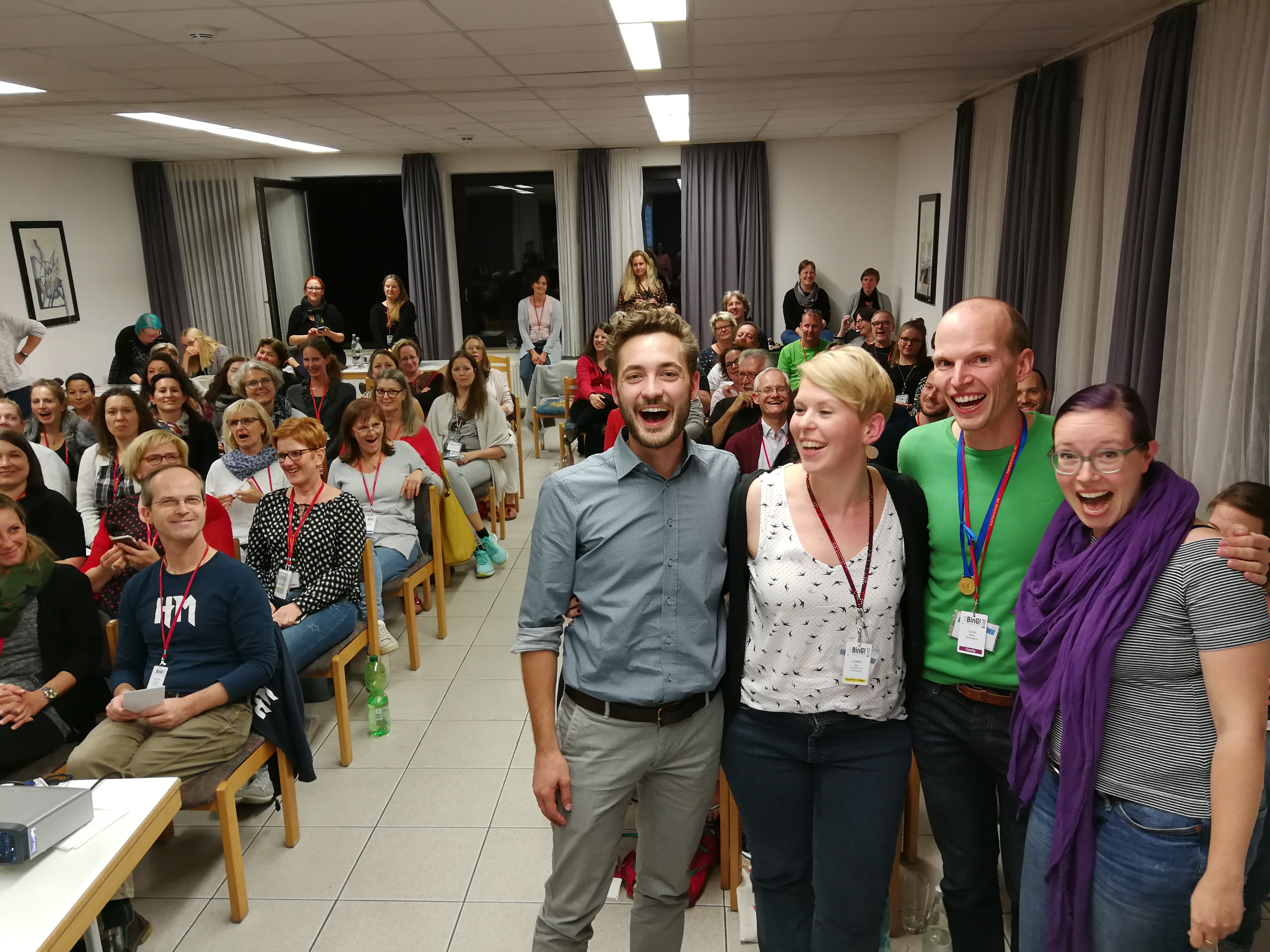 On 05.10.2018 the BinG! general meeting has elected a new BinG! board. After the 2-year term of General Manager Franziska Dickhut ended, she did not let herself be put up for election again. President Gabriele von Rauch and treasurer Anna Taferner resigned outside of their term of office. Also the vice president had to be re-elected after the end of the 2-year term. With very clear results, the BinG! members have elected a new board, which is now looking forward to the challenges of the coming years.

What a breathtaking evening: On January 8, the EKBC was finally able to once again thrill the audience in the sold-out Senftöpfchen! With old and new pieces and two guest quartets, the "boys" offered a varied program ranging from the greatest ambition to hullabaloo - just like the chorus has been known and appreciated for decades.

EKBC's search for a new musical director ended with considerable success. Matthias Neuburger, long-time and now outgoing director says: "I am enormously pleased that the chorus has chosen Andrea Figallo as my successor."