The Definition of the Barbershop Style

The following definition follows the definition of the Barbershop Harmony Society.

Barbershop harmony is a style of unaccompanied vocal music characterized by consonant four-part chords for every melody note in a primarily homorhythmic​ (the same word sounds at the same time)​ texture. The melody is consistently sung by the lead​ (second tenor)​, with the tenor ​(first tenor) ​harmonizing above the melody, the bass singing the lowest harmonizing notes, and the baritone completing the chord. Occasional brief passages may be sung by fewer than four voice parts.

Barbershop music features songs with understandable lyrics and easily singable melodies, whose tones clearly define a tonal center and imply major and minor chords and barbershop (dominant and secondary dominant) seventh chords that often resolve around the circle of fifths, while also making use of other resolutions. Barbershop music also features a balanced and symmetrical form, and a standard meter. The basic song and its harmonization are embellished by the arranger to provide appropriate support of the song’s theme and to close the song effectively.

Barbershop singers adjust pitches to achieve perfectly tuned chords ​(instead of tempered tuning like the piano)​ in just intonation while remaining true to the established tonal center. Artistic singing in the barbershop style exhibits a fullness or expansion of sound, precise intonation, a high degree of vocal skill, and a high level of unity and consistency within the ensemble. Ideally, these elements are natural, not manufactured, and free from apparent effort.

Barbershop can be performed in quartets as well as choirs, and can be found all over the world in male, female, and mixed ensembles.

BinG! Barbershop in Germany e.V. orients its rules at the competition rules of the Barbershop Harmony Society (BHS). The evaluation is devided in three categories: Music, Singing and Performance.

Music is defined as the song and arrangement, as performed. The Music Category judges the suitability of the material to the barbershop style and the performer’s musicianship in bringing the song and arrangement to life. The Music judge is responsible for adjudicating the musical elements in the performance, judging the extent to which the musical performance displays the hallmarks of the barbershop style and the degree to which the musical performance demonstrates an artistic sensitivity to the music’s primary theme(s). The sensitive handling of musical elements, such as melody, harmony, and embellishments, demonstrates musicality in a performance. A strong musical performance is one in which everything provided by the composer and arranger is skillfully delivered and effectively integrated in support of the musical theme.

In the Singing category we judge artistic singing in the barbershop style – listening holistically for ringing in-tune voices that use a free, beautiful and rich vocal quality, which is wonderfully unified and vocally expressive. Judges in this category evaluate the degree to which the performer achieves artistic singing in the barbershop style: the production of vibrant, rich, resonant, technically accurate, and highly skilled sound, created both by the individual singer’s use of good vocal techniques, and by the ensemble processes of tuning, balancing, unity of sound and precision. They listen for a sense of precise intonation, a feeling of fullness or expansion of sound, a perception of a high degree of vocal skill, a high level of unity and consistency throughout the performance, and a freedom from apparent effort that allows the full communication of the lyric and song. 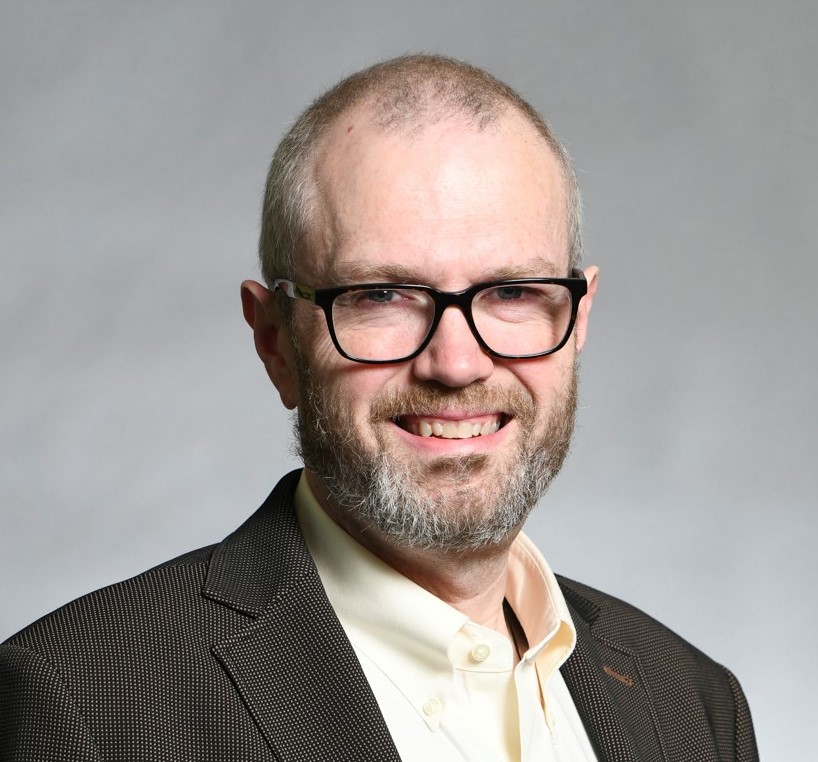 Steve Tramack is a 39-year member of the Barbershop Harmony Society, who proves the adage that barbershopping runs in the blood.  Great-grandfather Frank Barker started a chapter in 1946; his father, Dave, was a 40+ year member, and his son, Joshua is a BHS member.  His wife, Renee, is a 40-year member of Harmony Inc. who directs New England Voices in Harmony (2014 and 2018 champs).  Their daughters, Christina and Samantha also sing with Renee in Taken 4 Granite, 2016 Harmony Inc. International Quartet Champions.

Steve is actively involved in several facets of barbershopping, including:

During the day, Steve works for Hewlett Packard Enterprise as a Director of Engineering. 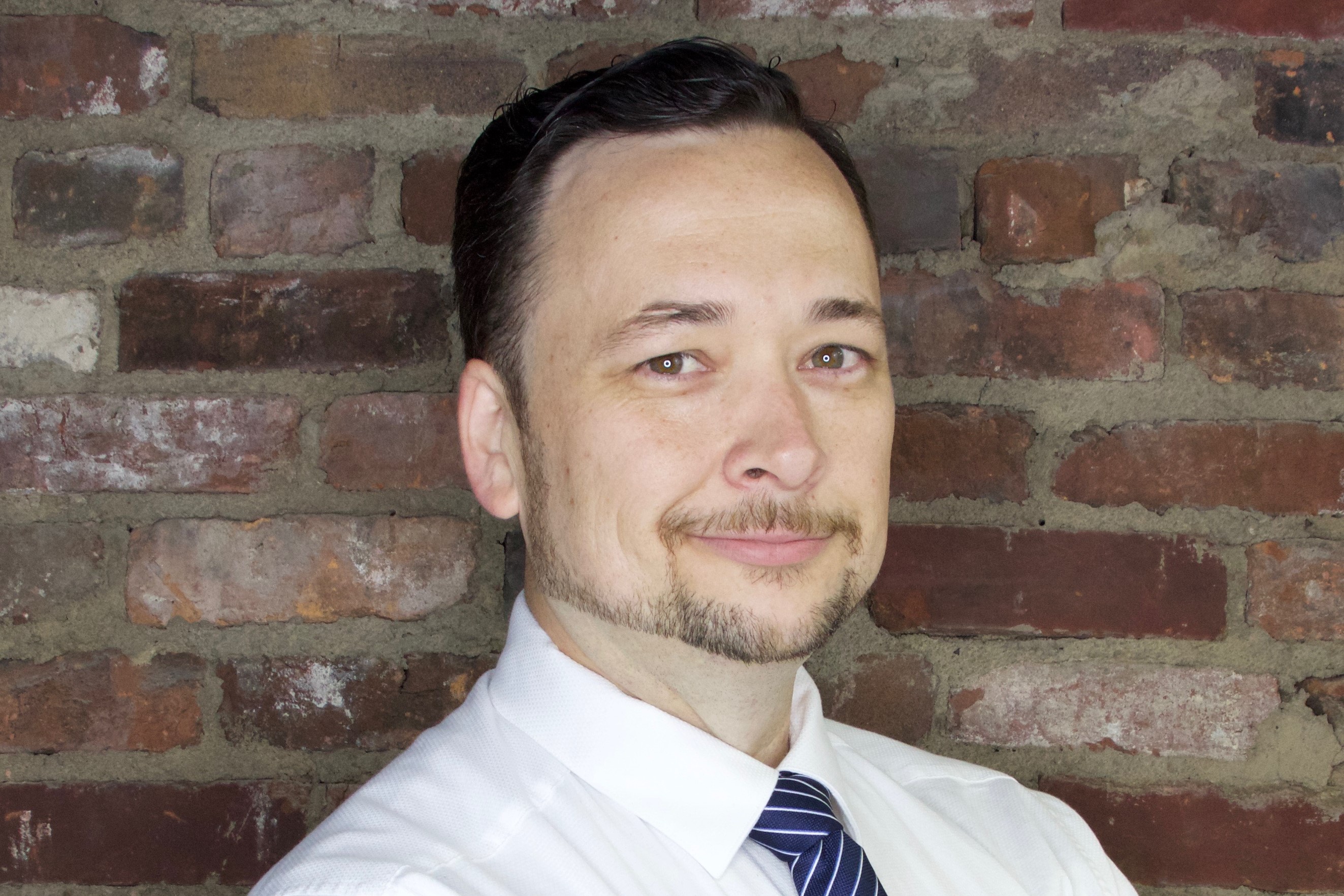 Steve Scott is the Director of Harmony University and Education Services for the Barbershop Harmony Society. Additionally, his research interests include the biophysiology of the barbershop singing voice, barbershop acoustics, and barbershop history. He is a certified Singing judge and is a frequent faculty member for harmony colleges around the world where he teaches voice techniques and vocal pedagogy. Steve is active as a voice teacher, youth chorus clinician, coach, and chorus director, and has sung in various quartets and choruses, including the medalist chorus Central Standard of Metro Kansas City, where he served as Vocal Coach. Steve now serves as the director of the TuneTown Show Chorus and the vocal coach of the 2018 5th place Music City Chorus, both in Nashville TN. He enjoys living in middle Tennessee with his wife and two children. 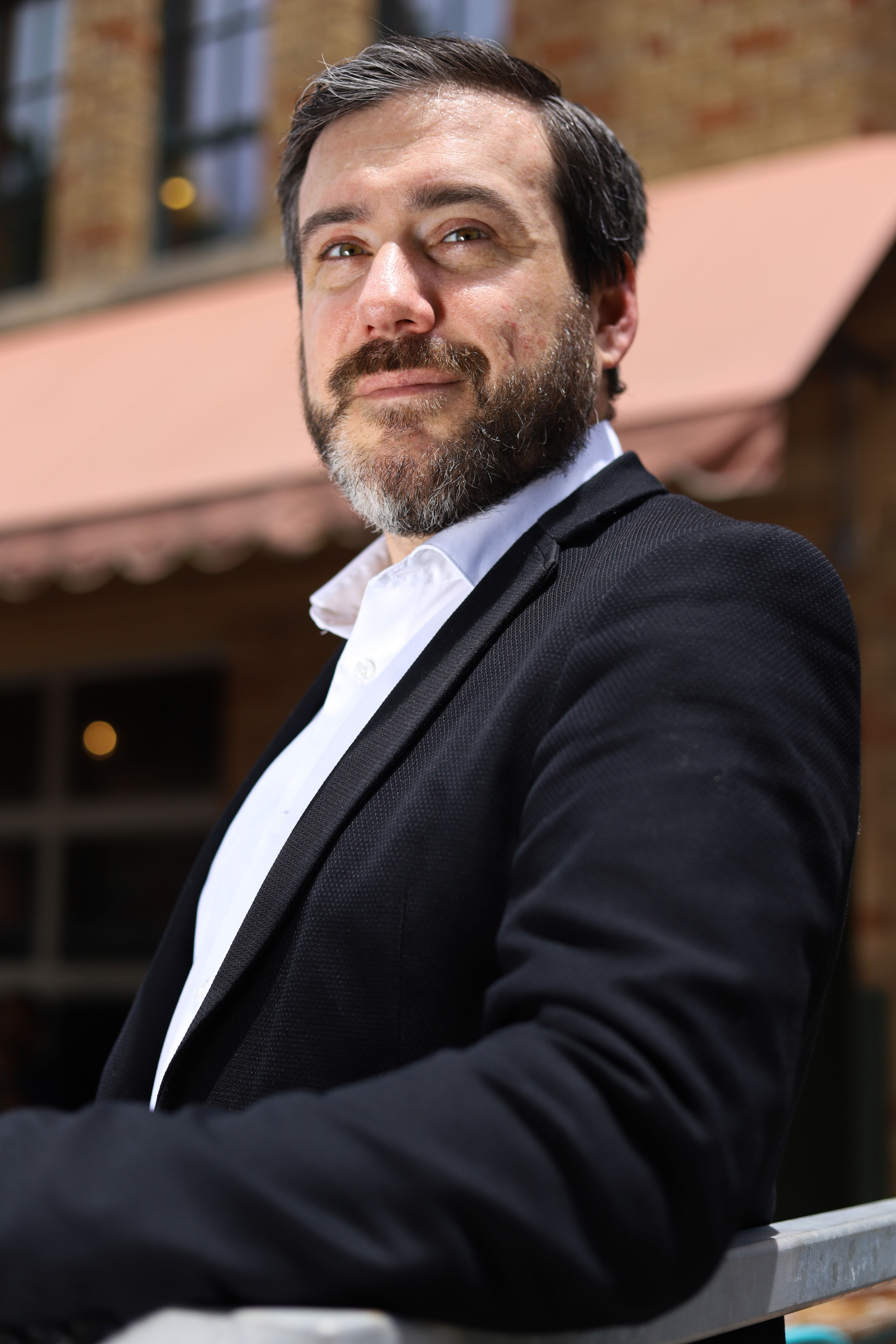 Robert Mance has been the artistic director of BHS medalist chorus Central Standard since 2011. In 2016, Robert became the founding artistic director of SAI international chorus competor Vocal Standard. Robert has completed the coursework for a doctoral degree in choral conducting at the University of Kansas. He most recently served as Director of Music at Shawnee Presbyterian Church where he also maintained a private voice studio. Now, he spends the rest of his week as a full time coach of choruses and quartets. Robert previously served as interim Director of Choral Activities and interim Voice Area Director at William Jewell College in Liberty, MO. Robert has also sung professionally with such groups as the Kansas City Chorale and the Westminster Symphonic Choir and Westminster Choir. He is an active clinician for high school vocal ensembles, maintains a recording studio, and serves as a BHS judge in the singing category (2016-present), and formerly in the music category (2001-2016). Robert completed his undergraduate studies at McGill University in Montreal, in voice performance, and completed his graduate studies at Westminster Choir College in Princeton, in choral conducting and voice pedagogy. 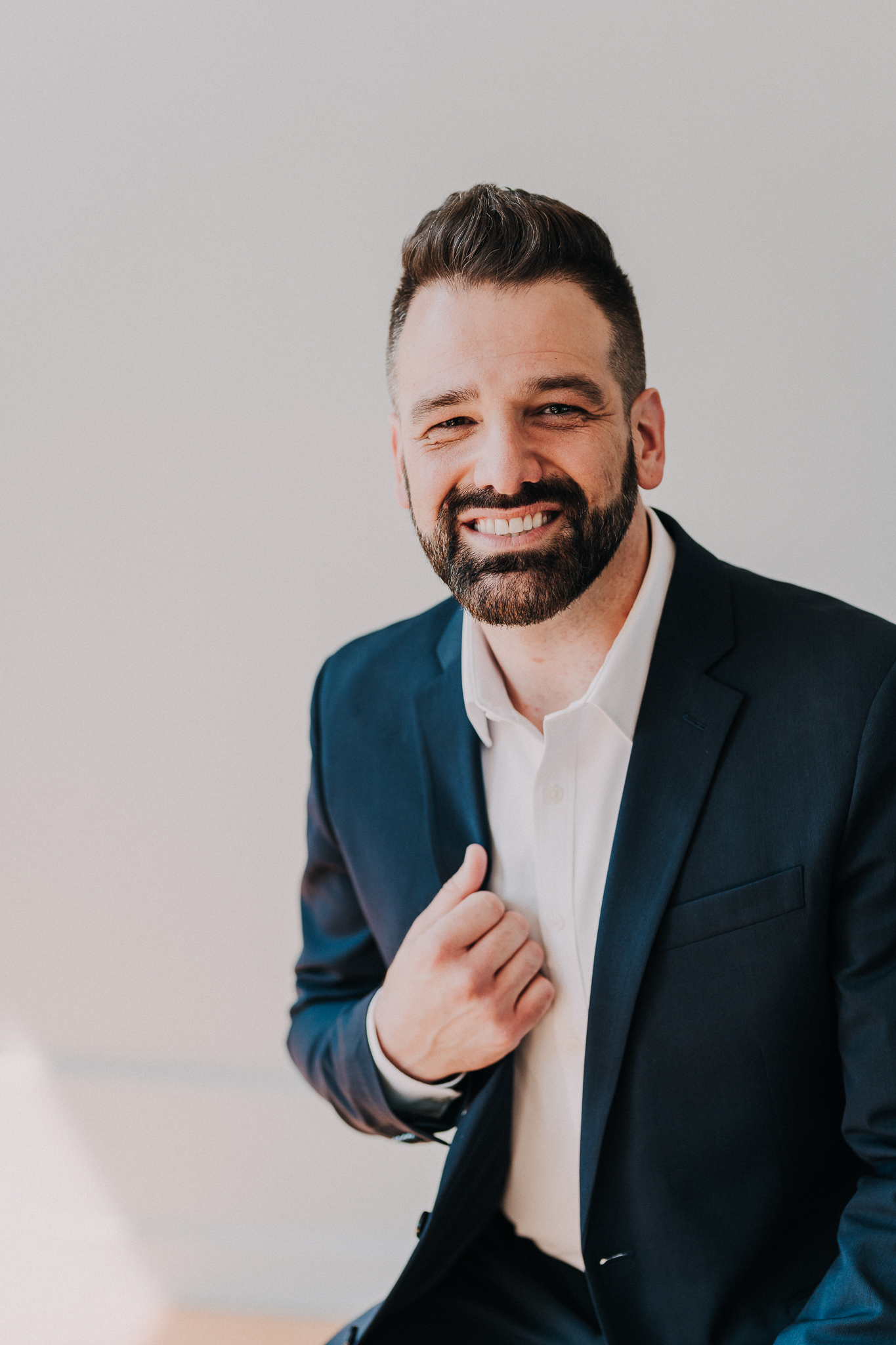 Sean Devine brings over 25 years of professional stage experience, design, and education to our barbershop community. He is a sought-after coach and clinician, certified Performance Judge, and champion quartet singer with OC Times. Born and raised in "The Sweetest Place on Earth" -- Hershey Pennsylvania (USA), Sean is also Founder & Artistic Director of the award-winning chorus, Parkside Harmony. From 2001-2008, he toured full-time with America's Premier Doo-Wop Group, The Alley Cats, and for the last 10 years has sung lead with Throwback, current 2nd Place International Silver Medalists. Since 2008, Sean has proudly served as Staff Member of Harmony Foundation International, helping to connect people through charitable giving to enrich lives through singing. 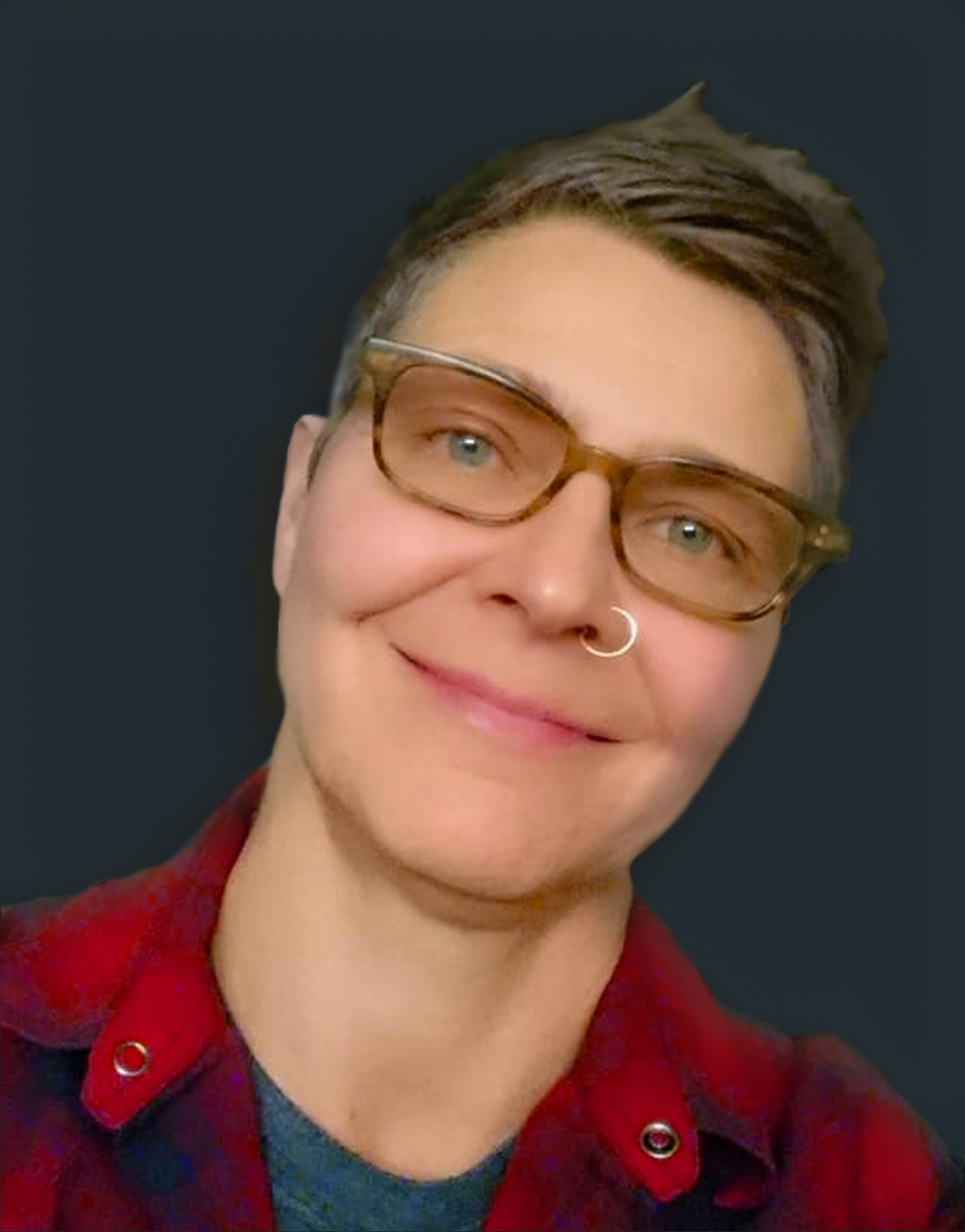 Mo Field, originally from Canada, is a musician and former Master Director of the multiple international award winning Stockholm City Voices - a 42 voice women's a cappella ensemble, from Stockholm Sweden. She is a globally recognized and sought after vocal performance coach, arranger, educator, workshop facilitator, life coach and mentor.

As a professional composer and songwriter (ASCAP), her attention to detail and depth of expression is richly influenced. Mo's diverse background in popular and contemporary music genres draw from an historic perspective and generate enthusiasm for learning. Artistic expression permeates all she does.

Proudly, Mo is a member of 3 outstanding barbershop organizations - the  Barbershop Harmony Society, where she currently directs the Great Northern Union, based in Minneapolis Minnesota; is an active member of Harmony Incorporated, singing bass in the current 4th place international quartet, Swing Theory, and a top 10 director in Sweet Adelines International. She is also a BHS Certified Performance Judge, and coaches choruses and ensembles worldwide.

All the words aside -

Mostly, Mo loves music. Mo loves people. Mo loves what music can do to, and for, people - and what people can do with music to help people be better people. The world needs harmony, healing, realness and joy.